There are many different types of Métro signs. Some stations even have unique signs. All are attractive in their design.

Lamp atop a MÉTRO sign on a red background

This type of Paris Métro sign consists of a globe-shaped lamp atop a “MÉTRO” sign featuring bold typography on a red background.

The Val d’Osne variant is surrounded by an ornate cast-iron frieze. 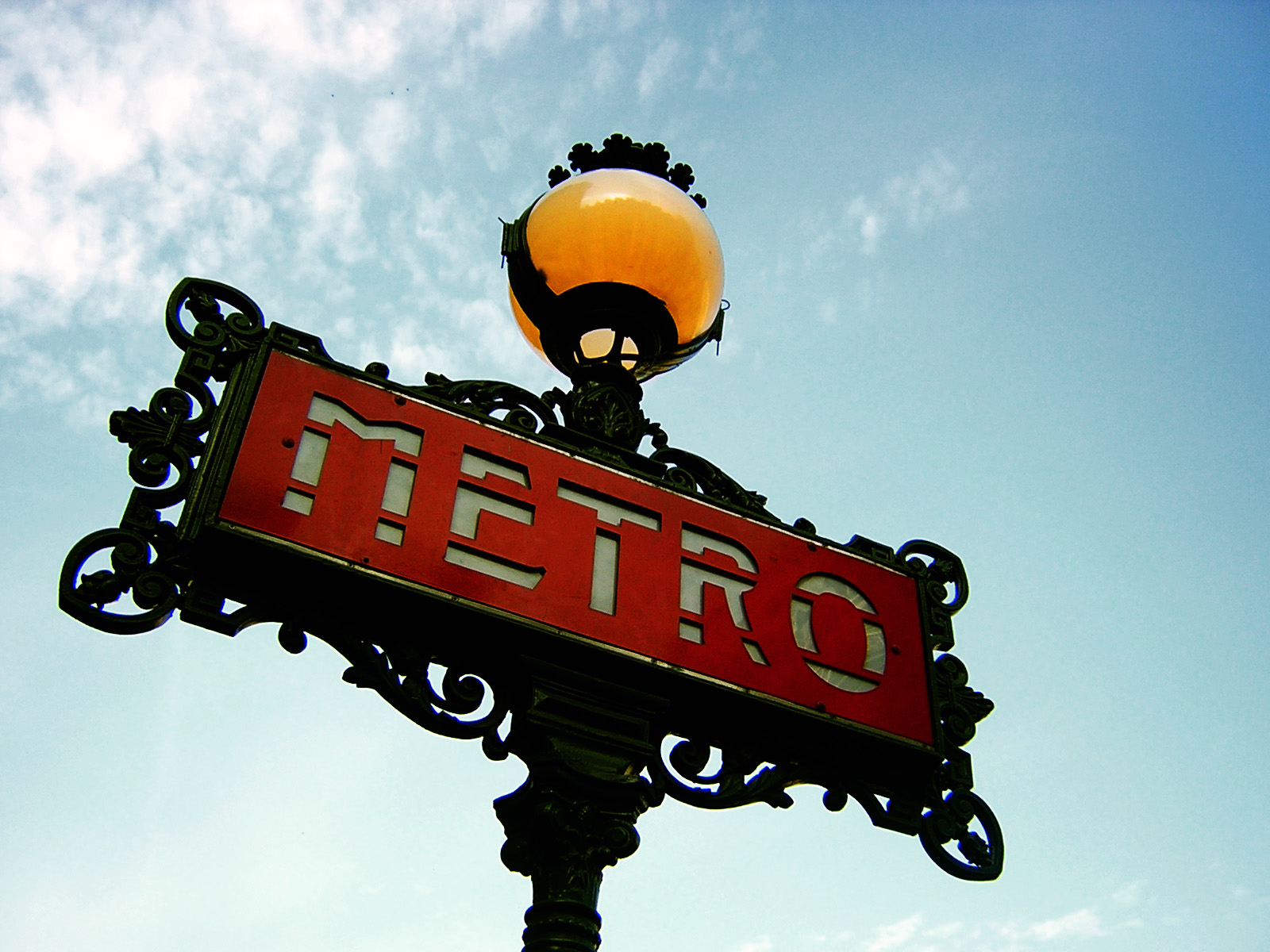 The Dervaux variant follows the contemporary trend away from decorative embellishment.

The following variant can only be found on the pavement with an arrow directing people to Lamarck Caulaincourt Métro station.

The following type of Métro signs can only be found at Vaneau station. 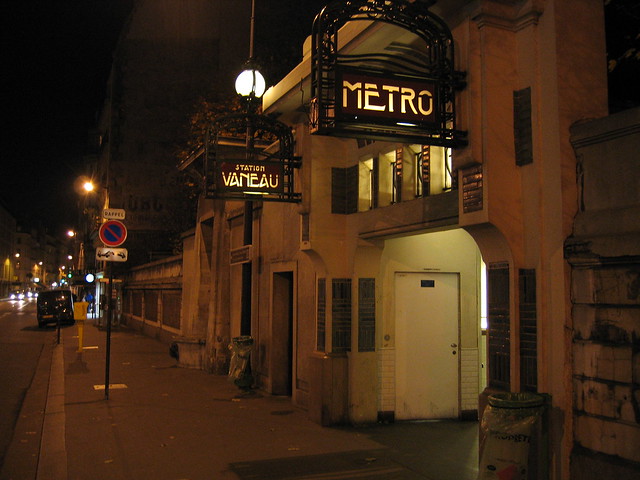 MÉTRO signs on a red background without a lamp

The following type of Métro signpost can only be found at Franklin Roosevelt station. 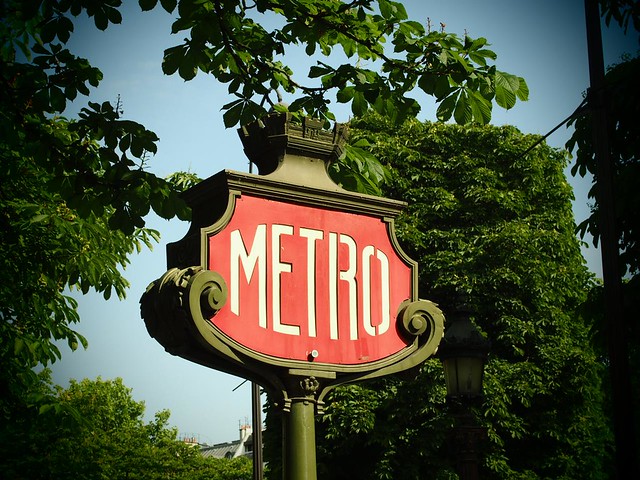 The following type of Métro sign in red between two arches can only be found at Place Monge station.

The following type of Métro sign on a blue background, against a blue ring and a large red “M” can only be found at Sentier station. 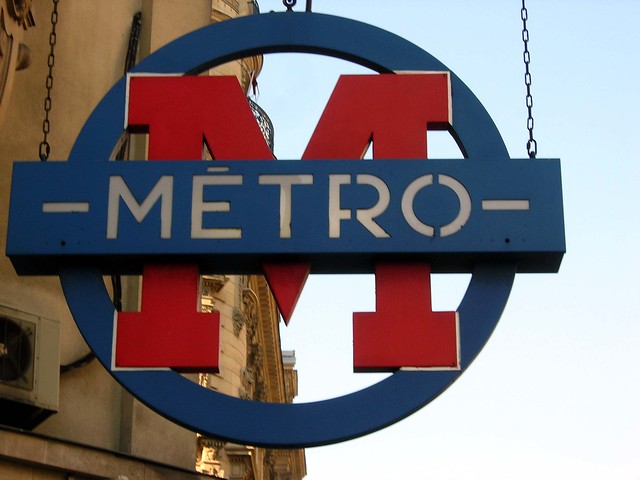 During World War II, the Métro served as a refuge in case of air raids. This type of Métro signpost indicates that there is an underground passage.

Métro signposts built since 1998 on Line 14 are entirely novel, featuring a two-dimensional design with modern blue “M” in blue circle. 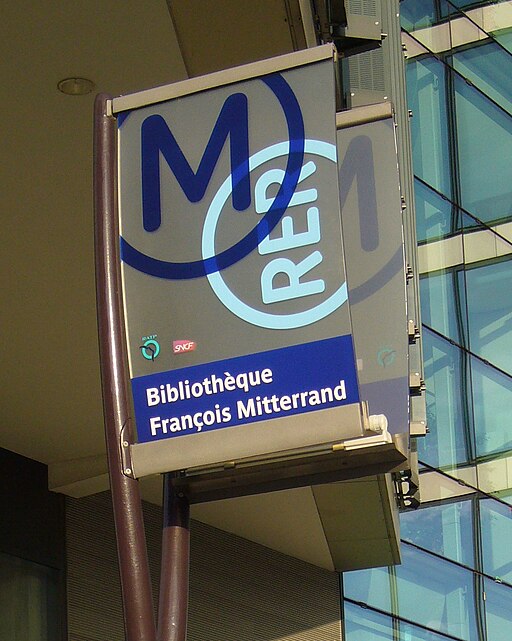 This type of Métro sign is round with a yellow M on light blue background.

The Nord-Sud style MÉTROPOLITAIN sign is in white on a red background. 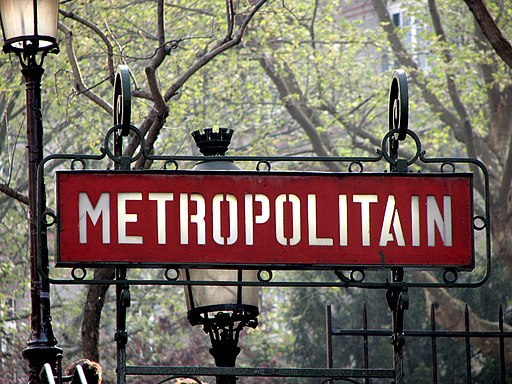 The Saint-Lazare type shows MÉTROPOLITAIN in white on a black background. 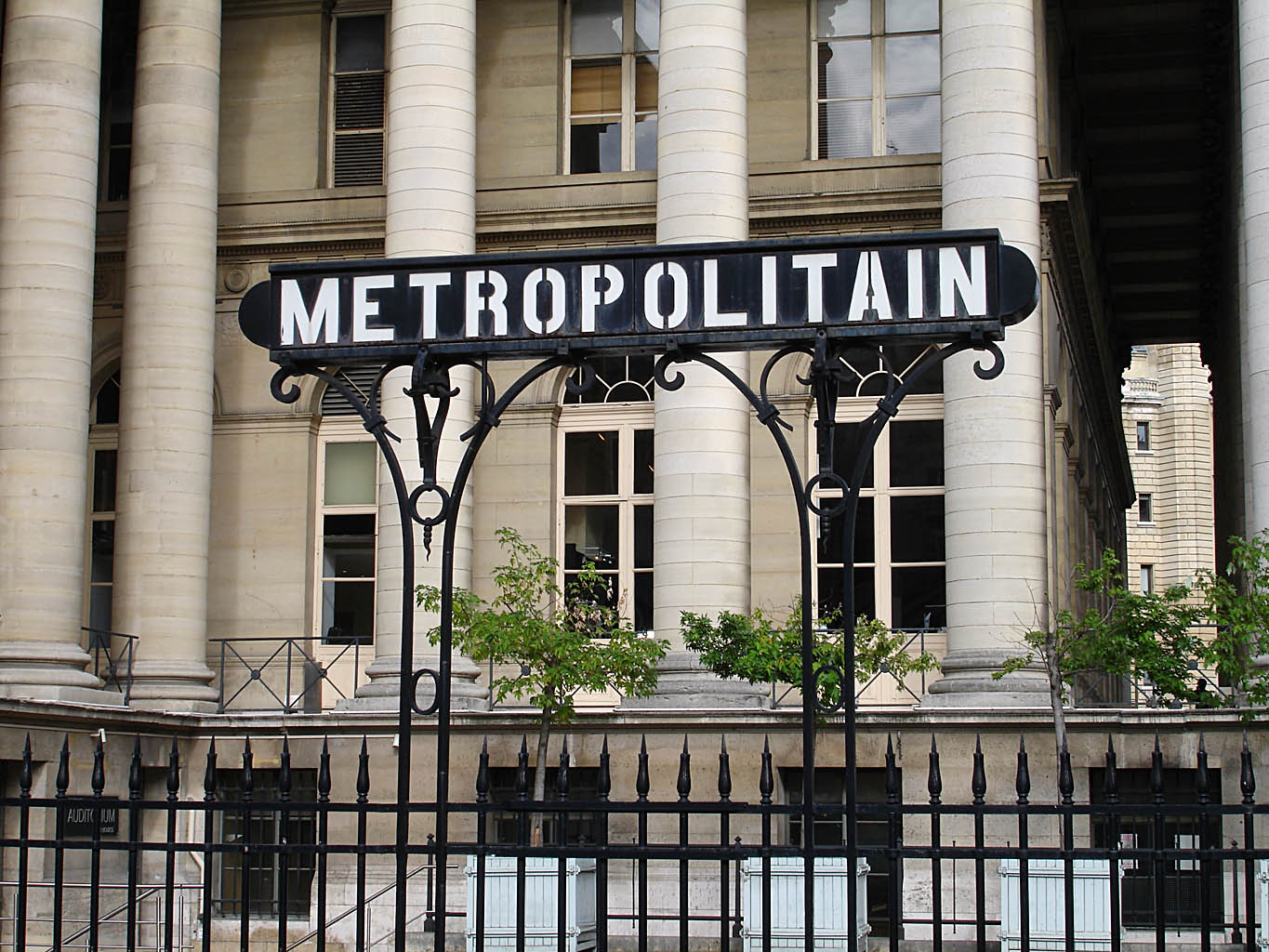 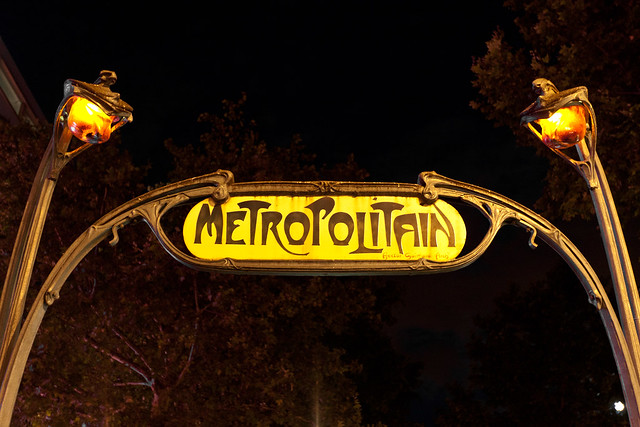 This type of entrance features a kiosk with a glass canopy and an enclosure of panelling decorated in floral motifs.

The entrance of the Métro station at Porte Dauphine, Paris, with a V-shaped glass canopy, designed by Hector Guimard

The entrance of the Métro station at Abbesses, Paris, with a pitched glass canopy, designed by Hector Guimard Abbesses

Three sides of the staircase are surrounded by colored glass rings made of metallic mesh of aluminum. Six columns of aluminum spheres support two domes each. One is made of beads in warm colors (yellow, white and red) and the other has cold tones (blue, white, yellow and purple).

Paris’ beauty at every corner is clearly shown in its diverse artistic Métro sign and entrance design, isn’t it?

The Art of Paris Métro Signs and Entrances was last modified: June 2nd, 2016 by Min Min

4 thoughts on “The Art of Paris Métro Signs and Entrances”